Today, we solemnly remember the 31 Meade County lives that were lost 48 years ago when a super outbreak of tornados struck the country on April 3, 1974. That day, an F5 tornado ripped across Meade County leaving a path of death and destruction that will never be forgotten.

Although the tornadoes led to fatalities in 13 Kentucky counties, the hardest hit area was Meade County, where 31 people died when an F5 tornado – the strongest category on the Fujita scale – roared through Brandenburg.  That tornado first touched down in neighboring Breckenridge County causing F3 damage, then intensified as it moved into Meade county.  Its total path was 32 miles.

Eighteen of the fatalities occurred along Green Street in Brandenburg, and the town’s downtown area was also devastated.

Of the 59 tornadoes that have been rated as an F5 or EF5 in United States history, the Brandenburg tornado is the only F5 ever in Kentucky.

While the Brandenburg tornado was by far the deadliest in Kentucky, the longest path was 79 miles for an F4 tornado that struck Anderson, Franklin and Scott counties.  It also ranked as one of the widest of the 148 tornadoes in the outbreak, at over one mile.  One-hundred-twenty homes, as well as businesses and factories, were severely damaged or destroyed in southern parts of Frankfort.  In addition to causing four deaths, it left over 120 injured.  That storm as resulted in three-inch hail, measured by the lockmaster at Lock and Dam 4 of the Kentucky River. 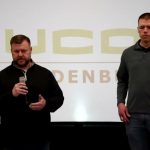 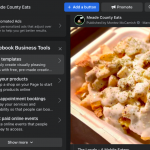