Central Hardin High School alumna Amy Hubbs is a co-executive producer on a TV show that will appear on FOX. The star of the show is Mayim Bialik from The Big Bang Theory. The writer and other executive producer, Darlene Hunt, is from nearby Lebanon Junction. The show is based in Louisville. Ms. Hubbs was celebrated as a HCS Distinguished Alumna in 2014.

A little about the show: In an effort to prove to her mother — and society — that it’s possible to be single at 39 and still be happy, Kat spends her entire savings to open a cat café in Louisville, Ky. Cast consists of  Mayim Bialik as Kat, Swoosie Kurtz as Sheila, Kyla Pratt as Randi, Cheyenne Jackson as Max, Leslie Jordan as Phil and Julian Gant as Carter.

Mayim Chaya Bialik is an American actress, neuroscientist, and author. From 1991 to 1995, she played the title character of the NBC sitcom Blossom.

Cheyenne David Jackson (born July 12, 1975) is an American actor and singer. His credits include leading roles in Broadway musicals and other stage roles.

Kyla Alissa Pratt (born September 16, 1986) is an American actress and musician. She is best known for starring as the voice of Penny Proud in the first animated series Disney Channel called the Proud Family.

Swoosie Kurtz is an American actress. She is the recipient of a Primetime Emmy Award, and two Tony Awards. Kurtz made her Broadway debut in the 1975revival of Ah, Wilderness. 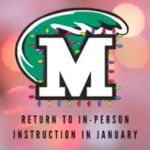