Julie Cantwell Member of and Coordinator/Advocate at Kentuckians for Medicinal Marijuana , Ky4MM.org and Hardin County Cannabis Education writes. This bill would not federally legalize cannabis in the U.S., that is still a states issue. Please contact your State Senators in Ky and tell them you want a YES vote on HB136 in the 2021 Ky General Assembly. 1-800-372-7181THIS IS THE BEST CHANCE WE HAVE TO HELP KENTUCKY PATIENTS NOW!!! The U.S. House of Representatives approved a bill to federally decriminalize marijuana in a historic vote on Friday.Under the Marijuana Opportunity, Reinvestment and Expungement (MORE) Act, cannabis would be federally descheduled and those with prior convictions would have their records expunged. The descheduling provisions would be retroactive, too.Despite the unprecedented House victory for reformers, few believe the legislation stands a chance in the Republican-controlled Senate, at least before the end of the current Congress early next month. Vice President-elect Kamala Harris (D-CA) is the lead sponsor of the Senate companion version of the bill.Now’s the time for those with a positive relationship with Senator Mitch McConnell to reach out to him & push for passage of the MORE Act. If McConnell doesn’t allow the MORE Act a hearing in the Senate, it won’t go any further than the House.All 5 Republican Reps. in Ky (including Guthrie) voted against it. Yarmuth-D voted in favor. 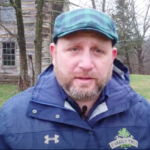 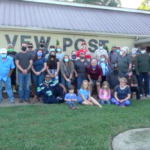