“She ran the most orderly of disorderly houses”! We visited the grave of famous Madame Belle Breezing, in Lexington, Kentucky. Belle had one of the most unique lives of any woman in the Victorian Era, filled with extreme highs and tragic lows. Her connections to high society and her business savvy caused her fame to spread nationwide. Belle catered to powerful men from Lexington and beyond, men who came to the Bluegrass because of the horse business and tobacco.

Mary Belle Cox was born on June 16, 1860, in Lexington, Kentucky. She was the second illegitimate daughter of Sarah Ann Cox, dressmaker and occasional prostitute. A year later, Sarah Ann Cox married George Brezing, local saloon owner, and Mary Belle and her sister Hester’s last name were changed to Brezing. The Brezing marriage was frequently abusive, with drunken rages and infidelity eventually leading to their divorce in 1866. George Brezing left Lexington a year later. After a short affair with a man named William McMeekin, Sarah Ann changed her and the children’s names to McMeekin and began to refer to her self as a widow.

James Kenney left town a few days later; there is no record of she and Kenney ever getting divorced, but there is no evidence they ever contacted each other again. Brezing’s only child, Daisy May Kenney was born March 14, 1876. Two months later, Brezing’s mother died, and she and Daisy May were evicted. Daisy May was placed with a neighbor, Mrs. Barnett. At some point during the next two years, Brezing became a prostitute.On December 24, 1879, Brezing began to work for Jennie Hill, a madam who ran a brothel out of the Mary Todd Lincoln house at 578 West Main St. Brezing worked there for two years until she had saved enough money to start her own house and assume the position of madam. During this time, Daisy May continued to live with Mrs. Barnett, with Brezing supplying a stipend for her support.

Family Tree Nuts is a history and genealogical service,” Their YouTube about section reads. “We produce videos at historic locations, and gravesites or other relevant locations for our client’s ancestors.
“We are passionate to document obscurely known historical locations, making them known to all. Often bringing them back to life for all the ages.”
Carson has built up a team around the country to document small town history, he said. The YouTube page was started in 2019, after Carson’s brother, a cinematographer, suggested he branch out into video. He has videographers in multiple states, and he plans to expand.

This article is presented to you by: 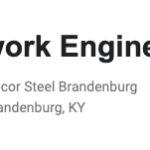 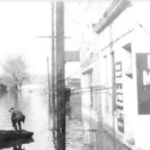