PRESENTED BY: THE HAMPTONS™ Brand (TheHamptons.Life)

Launching on January 22nd, 2021, Meade County, Kentucky will have its own social media platform (it’s OWN version of Facebook, #DUH!) developed and powered by the “MICROSOFT FOR BUSINESS” yammer software interface. The MEADE COUNTY SOCIAL™ media platform was co-developed with IT’S MONTEZ, DUH! VENTURES founder MONTEZ McCAMISH and his brand development adviser agency LEAVE A LEGACY BRANDING, a division of The Hamptons, NY based mixed holding company conglomerate, LEAVE A LEGACY VENTURES, which has an ownership stake in Microsoft.

Users who wish to join the platform will be presented with an “Exclusive” but “public” type of feel, in which they will need to do the following to have access to the platform:

2) Download the “Microsoft Yammer” app in the Google Play or Apple app store.

3) Email (ItsMontez@TheLegacyLife.Biz) with the email address users wish to be added by.

5) Users log into the Yammer App with their Microsoft account info and will see the MEADE COUNTY SOCIAL platform in the “Community” section. Users will only see a community they were added to.

(Don’t go AUTO-googling like your brain wants to, ya won’t find it! #DUH!) (Following simple directions is cool, #DUH!)

Users of the platform will be presented with a clean news feed without a billion ADs, (but will feature sponsored posts by the platform’s owner) direct message options and the most valuable tool in the ability for users to share their thoughts, photos, links, etc……FREEDOM OF SPEECH. The only “rule” the platform has regarding the content users post is to “Not Act In A Way That Disrespects Other Users Or People As A Whole”, no matter one user’s personal feelings about someone else’s personal thoughts or feelings. If a user is found to be acting in a disrespectful manner towards other users, they’ll simply be removed from the platform and not invited back.

IT’S MONTEZ, DUH! VENTURES and MEADE COUNTY SOCIAL ask users being the first to sign up for the new platform to keep in mind it’s exactly that….NEW! So don’t expect to see 50,000 users when you first sign up, as the platform, like any other venture and idea, starts with 1 person and is followed by hundreds, thousands & millions to come. Facebook started with a couple friends in a dorm room…. cars & trucks started with a horse & buggy…..and MEADE COUNTY ( and the rest of Kentucky) is about to get SOCIAL!!! #MeadeCountySocial, an #ItsMontezDuh venture. 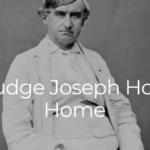 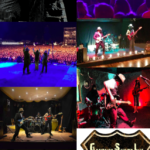