The Ohio River Great Flood of January 1937 surpassed all prior floods during the previous 175 years of modern occupancy of the Ohio River Valley. The overall scope of the flood surpassed the major floods of 1884 and 1773, and geological evidence suggests the 1937 flood outdid any previous flood. Seventy percent of Louisville was submerged, forcing 175,000 residents to flee. Ninety percent of Jeffersonville, Indiana was flooded. One contemporary source estimated that damage was done to the tune of $250,000,000 (1937 dollars)…that’s over $3.3 billion in current dollars!!January 1937 was already a soggy one in the Ohio and lower Mississippi valleys; eventually, rain would fall 27 of 31 days.

At 11:29 a.m. on Thursday, January 21, station WHAS in Louisville, Ky., broadcast its first flood warning. Flood damage had doused most of the electricity in Louisville and rendered the police radio of the time inoperable. With commercial broadcasting suddenly the only method of contact between emergency agencies, rescue crews, desperate refugees and the outside world, WHAS station executives made an unprecedented decision to abandon all commercial programs and broadcast only emergency announcements for the duration. Thousands of dollars in lost revenue aside, there seemed little choice. The number of distress messages reaching the station had mushroomed into the thousands, arriving by telephone, telegraph, ham radio and simple word of mouth. The messages were frantically typed and edited in a cold, oil-lamp-lit office, then “chased” to announcers waiting before the microphone, and broadcast by flickering gaslight. WHAS Station secretary Catherine Steele’s situation was “precarious” as well; she was breathing fumes from gasoline heaters, with nearby stacks of paper creating a perpetual fire hazard. Typhoid shots were ordered for those hardy enough to remain on duty.

“The people were calling for help, asking for boats to be sent and asking advice,” Steele remembered in a 1957 flood anniversary program. “One woman, I will never forget her, she says ‘Lady, my husband is out of town and I have five children! What do you think I should do?’…Everything happened so fast, and the water came up so fast.”Engineer Carl Nielsen remembered “going to the Sears store on Broadway with the store manager and rowing up and down the aisles trying to locate battery radios, dry cell batteries, and storage batteries….It dawned on us that some of the workers at the studio would need winter clothes to keep warm, since we had no heat in the building.” Even after discovering some of their own homes were completely underwater (“I left the window open,” cracked one technician), the Louisville staffers never wavered. “They made the difference,” said Rick Bell, author of The Great Flood of 1937: Rising Waters, Soaring Spirits. “They were literally directing relief crews and rescue crews to individual houses. Day and night, over and over, you heard these messages.”The emergency broadcasts continued, in an urgent but near-hypnotic monotone drone, for 187 and one half uninterrupted hours over WHAS alone. “Seven people marooned on house top on Lower River Road…can’t hold out much longer!… City Hall calling. 50 children marooned at church…. On and on. 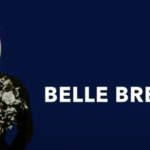 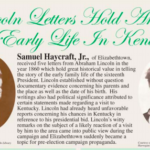