Meade County is a county located in the U.S. state of Kentucky. The county was founded December 17, 1823, and named for Captain James M. Meade, who was killed in action at the Battle of River Raisin during the War of 1812.

James M. Meade of Woodford County saw active service throughout the early nineteenth century. As a member of the 17th United States Infantry, Meade fought at the Battle of Tippecanoe in present-day Indiana in 1811. There, Meade distinguished himself and was promoted to captain.

Meade’s regiment soon found themselves fighting for their lives at the Battle of the River Raisin, fought near present-day Monroe, Michigan. There, one early historian noted, “Captain Meade was conspicuously in the forefront, occupied a very exposed position, and was mortally wounded while gallant leading his company in a charge.” Meade County was formed and named in his honor in 1823. Nine Kentucky counties are named for soldiers who were killed at the Battle of the River Raisin.

Brandenburg is a town Located in Meade County Brandenburg was built on a 3,000-acre (12 km2) tract of land called Falling Springs, purchased in 1804 by Solomon Brandenburg. He opened a tavern around which the community grew. In 1825, the community became the seat of Meade County, but it wasn’t formally incorporated by the state assembly until March 28, 1872. During the Civil War, Confederate General John Hunt Morgan crossed at Brandenburg to start his raid into Indiana in July, 1863. During the Battle of Brandenburg Crossing, two men on the Indiana side of the river were killed by cannon fire from Brandenburg. A Union gunship was deployed to block the crossing, but it ran out of ammunition and Morgan and his men were able to pass into Indiana. 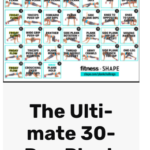 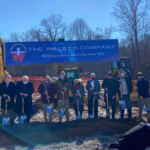